Omaka Aviation Heritage Centre is honoured to become the guardian of a unique and significant collection of original WW2 New Zealand aircraft, preserved by the late John Smith of Mapua. This collection is widely recognised amongst the international aviation community, but has remained out of sight for decades, housed in a cramped shed since the late 1950s. What is remarkable is that the collection survived at all and it is in tribute to John Smith that his family wish to place these key aircraft together, preserved and on public display.

The aircraft entrusted to Omaka are a de Havilland Mosquito, Curtiss P-40 Kittyhawk ‘Gloria Lyons’ and the Tiger Moth John personally owned and flew. These aircraft are joining a Lockheed Hudson, previously owned by John Smith and then acquired by Bill Reid, which is already on display as a Pacific jungle wreck in Omaka’s Dangerous Skies exhibition.

The P-40 conservation project has been carried out independently of the Trust and is now looking just as it would have done when operational during the war.

The Mosquito has also undergone careful preservation work, to both protect the aircraft and to bring it up to display condition.

If you wish to follow the Mosquito restoration story, please join the Omaka John Smith Mosquito Project Group on Facebook.

Both the Mosquito and P-40 are now on display inside the museum, but in doing so have taken the place of another aircraft. The Tiger Moth remains untouched in storage.

In order to do justice to these magnificent machines and to display another six significant WW2 aircraft ‘waiting in the wings’, our aim is to fund-raise for a major building extension. This will essentially double the size of our Dangerous Skies exhibition.

Grant applications are currently underway, so we are hopeful there will be more to come on this exciting development in the coming weeks.

Classic Fighters and Omaka AHC volunteers have worked on aircraft displays and set-building projects in the back of the Marlborough Aero Club and multiple private hangers dotted around the airfield.

A large workshop and storage hangar has been on their wish-list for many years and now it is finally underway.

Creating this new hangar/workshop has become a viable option through the generosity of local individuals and businesses. Steel beams and roofing iron was donated by Transpower, hangar plans were donated by TC Engineering, while many other building materials have been provided either free or at reduced rates. Added to that is the wonderful contribution of labour by our teams of volunteers.

So far the steel has all been cut, sanded and painted, ready for installation. The foundations prepared and on Friday 25 March, the concrete floor was poured as the first construction milestone.

Photo: Volunteers, builder Clinton and the team from Popey’s Contracting celebrate together after pouring the concrete slab.

The second milestone was achieved on 27th May, when the team from Hydralift Crane Hire carefully manoeuvred the roof structure into place. The volunteers and builders had been working at ground level, securing all the roofing iron, clear light panels and guttering. To then see the entire structure lifted in one piece and successfully bolted onto the uprights was a significant achievement, and no doubt a relief, for all involved!

Photo: The roof going on 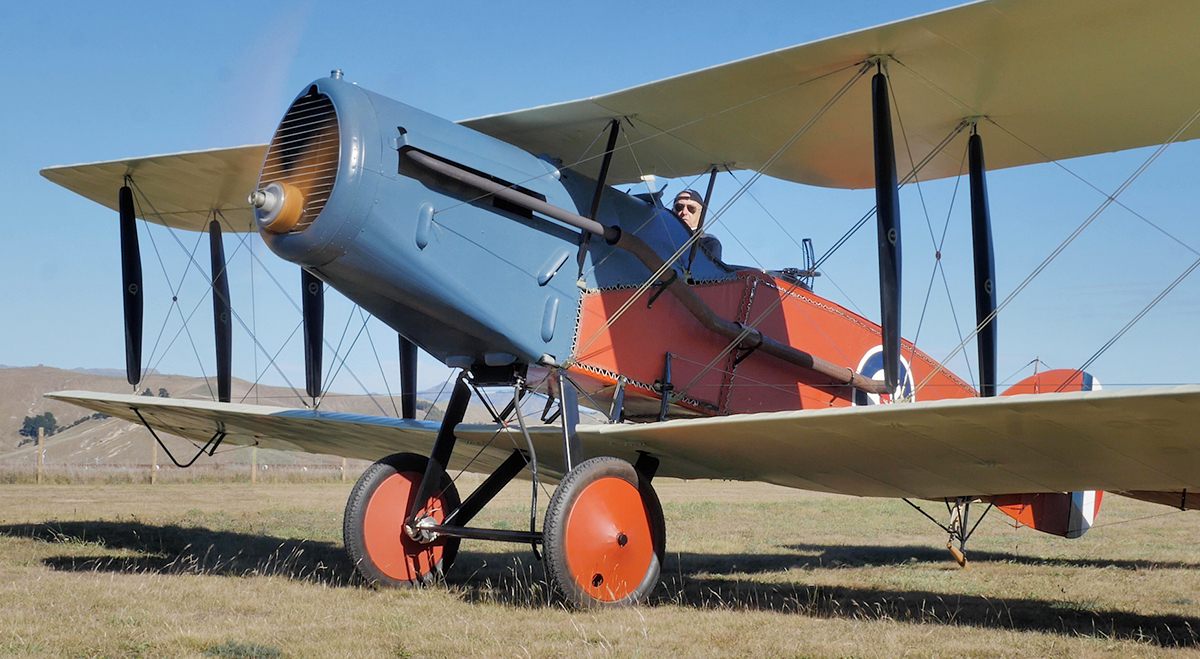 Bristol Fighter coming back to life, and moving under its own power. Last flew 40+ years ago for the movie 'Death Hunt' with Charles Bronson and Lee Marvin. 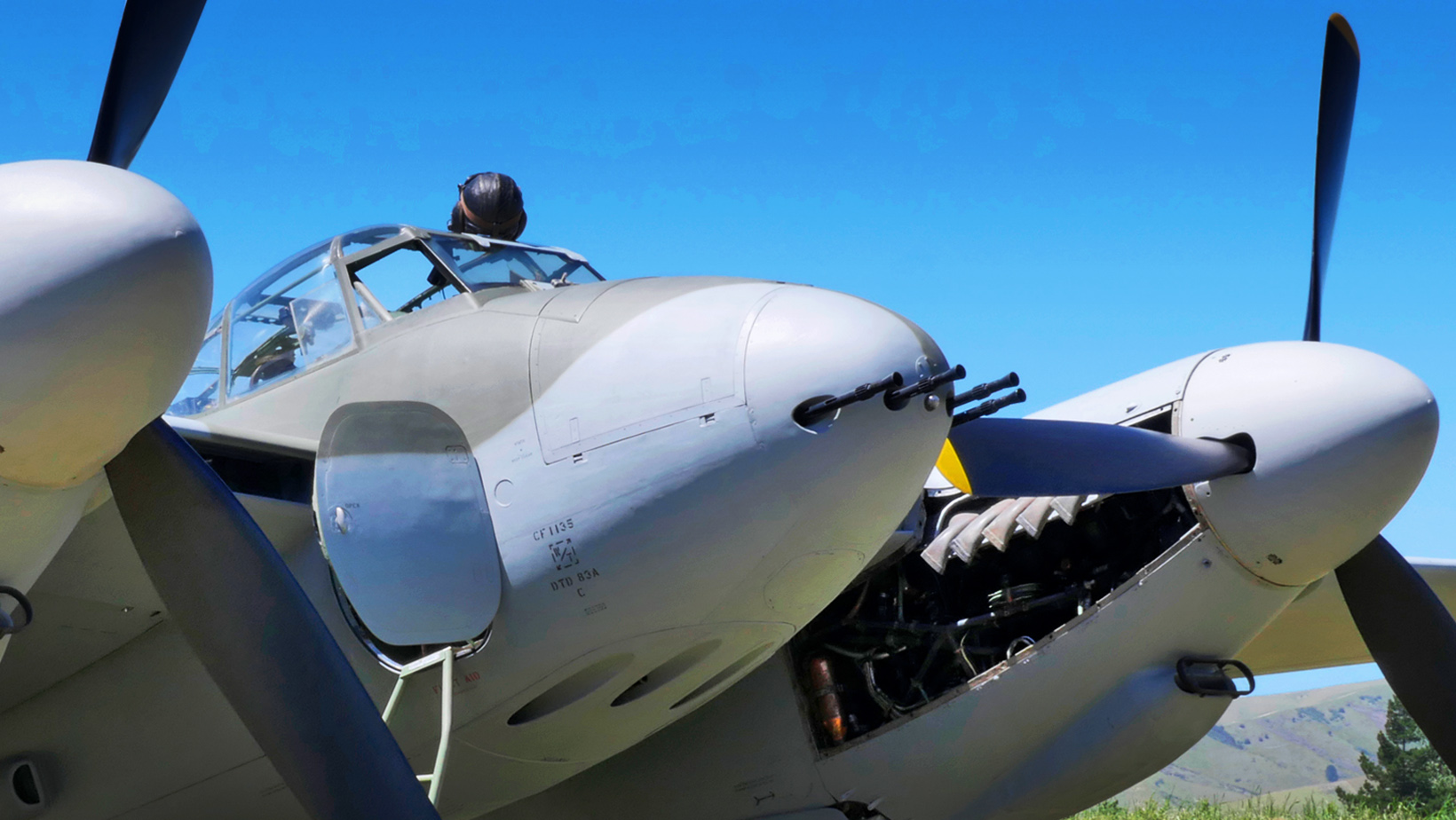 The first public engine runs of the John Smith Mosquito, supported by an array of classic cars and warbirds on display.